The British company Compass Pools has developed a worldwide unique pool concept: “Infinity London” should give visitors the feeling of floating above the skyline of the city. But whoever looks at the spectacular scenes involuntarily asks himself a question: How can one get into it?

Compass Pools, of course, also thought about this, as Technical Director Alex Kemsley reports: “Normally, a simple ladder would be enough, but we didn’t want stairs on the outside of the building or in the pool as this would interfere with the view. Access is therefore via the door of a submarine. It is coupled with an air-sprung spiral staircase that rises in the water when someone wants to get in or out – just like in a James Bond film.

The world’s first 360-degree infinity rooftop pool has a capacity of 600,000 liters and is made of cast acrylic with transparent sides and bottoms. The heating system uses the heat generated by the cold air produced by the building’s air conditioning system. An integrated wind gauge to monitor the wind speed prevents water from reaching the streets – and a light installation is designed to give the building the appearance of a sparkling torch with jewels at night.

According to the Compass Pools website, “Infinity London” was developed for the roof of a new five-star hotel in the center of the British capital. If everything goes according to plan, construction could begin in 2020, they say. However, the company does not yet want to reveal the location. 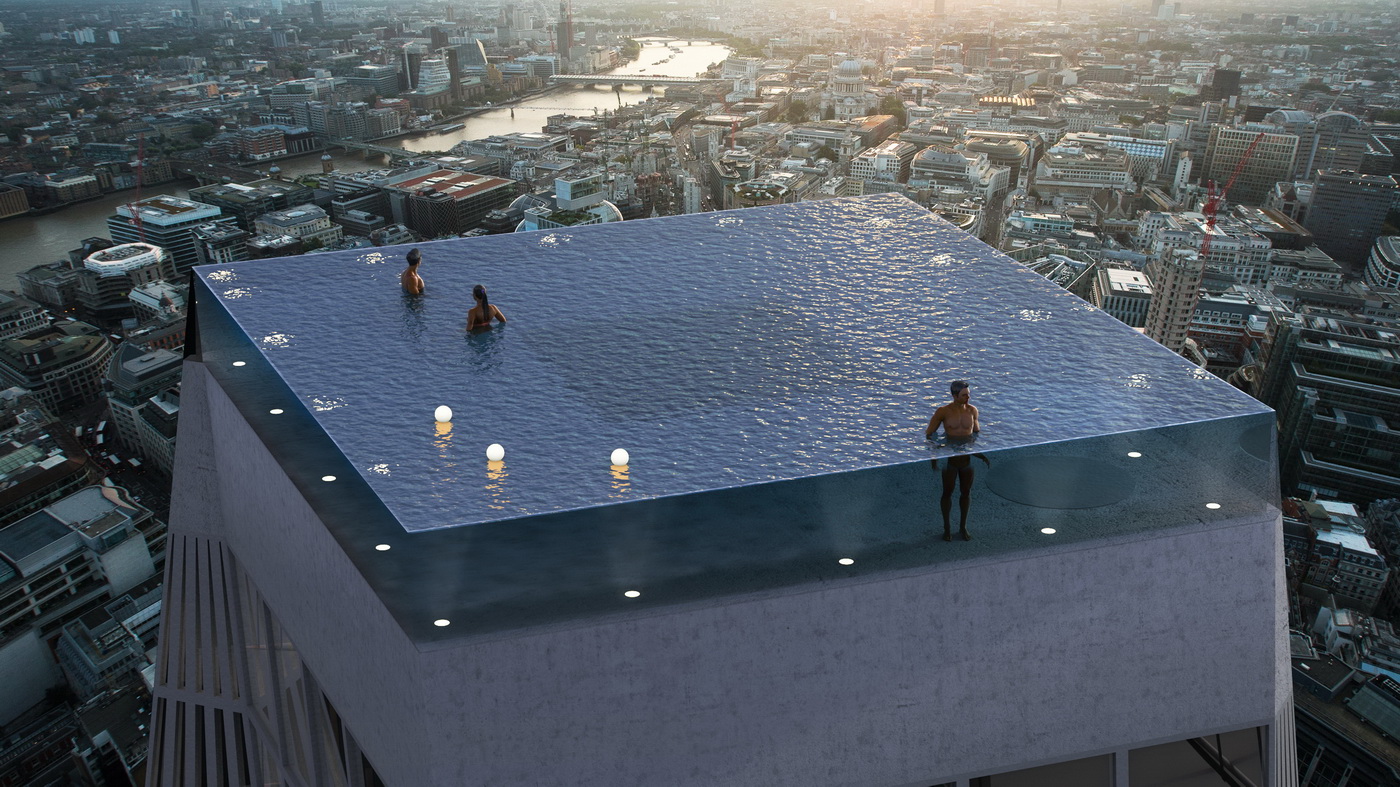 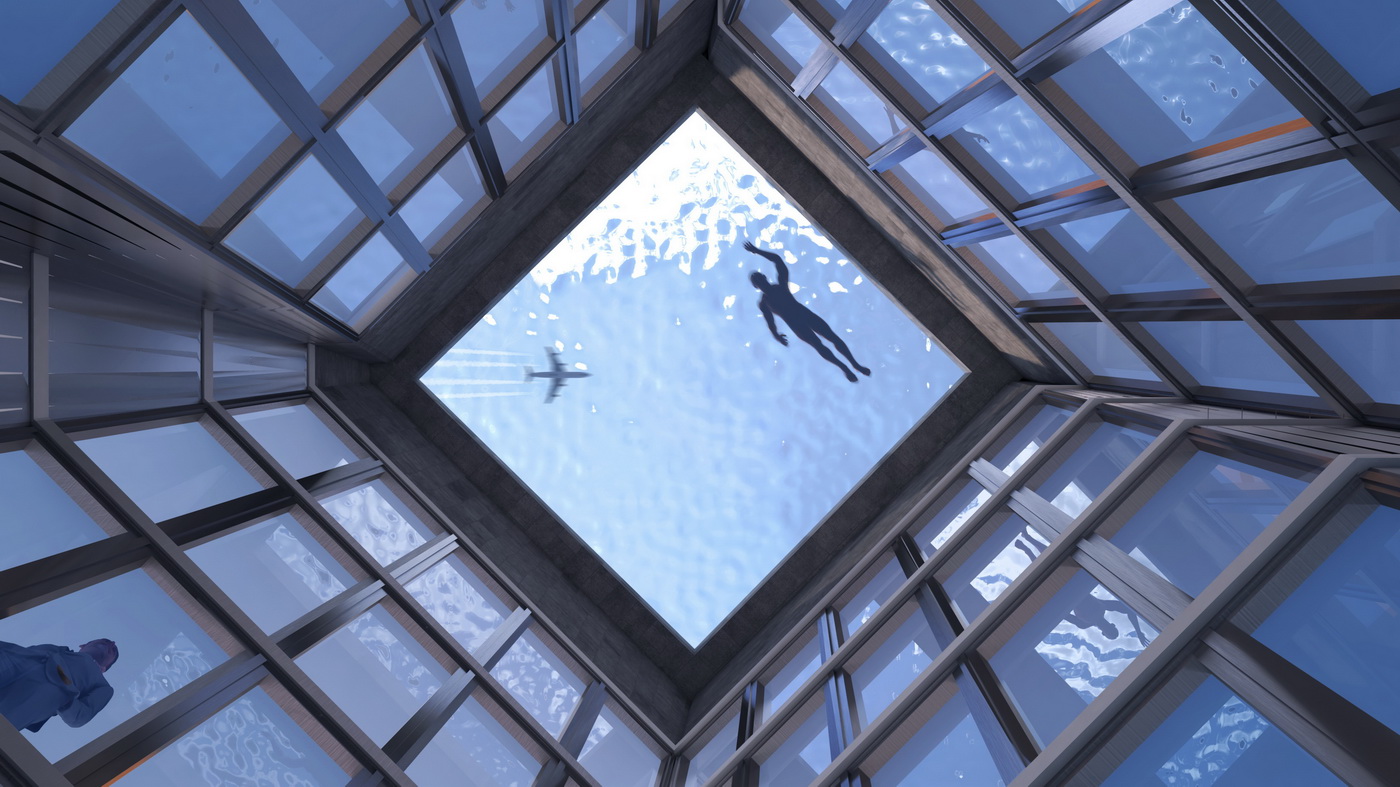 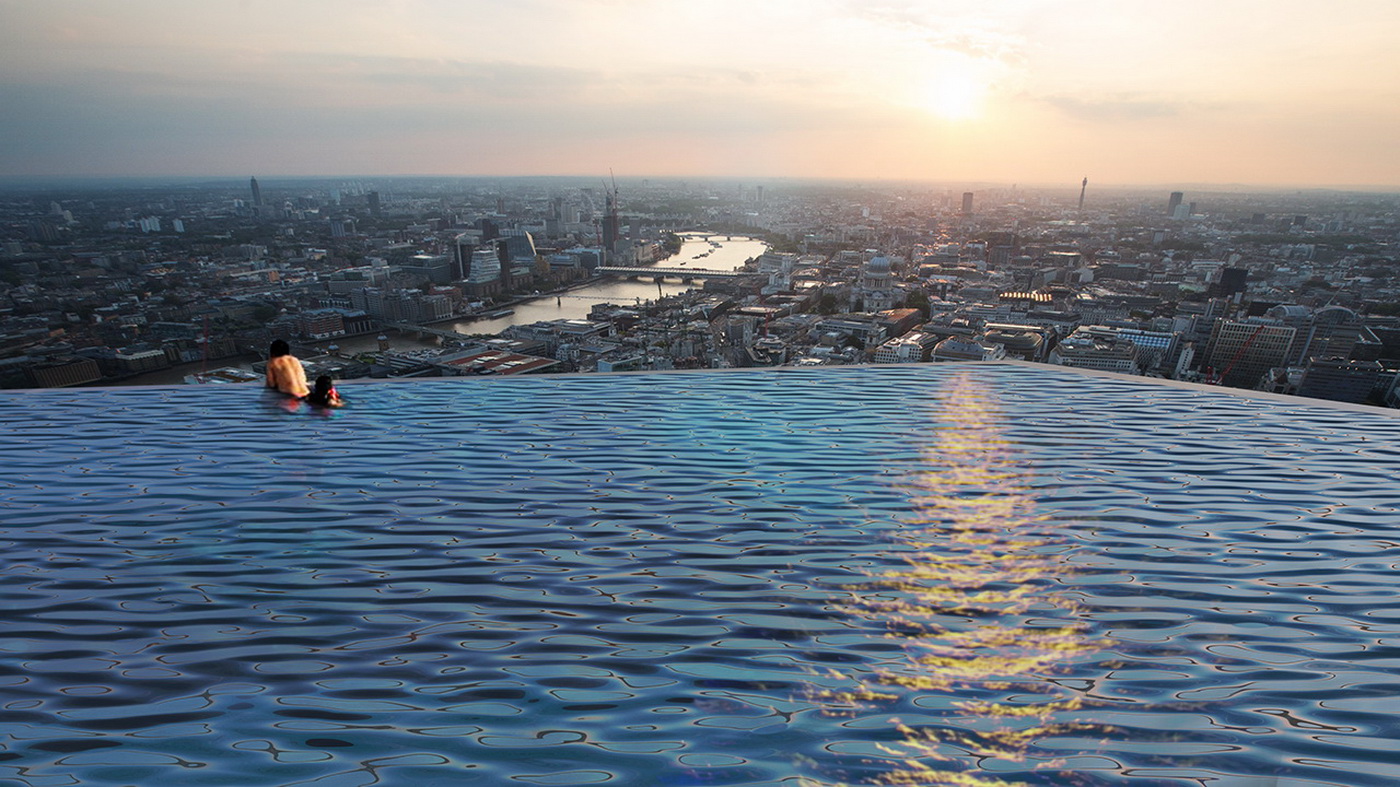